The Perceptron algorithm was invented in 1950s and in consist of a single neuron with n inputs. It computes a weighted sum. The Perceptron has been implemented in Scikit Learn in linear_model.Perceptron.

The Sci-Kit documentation states that:

When plotting input values of range np.linspace(-5, 5, num=100), the graph looks like a stairstep: 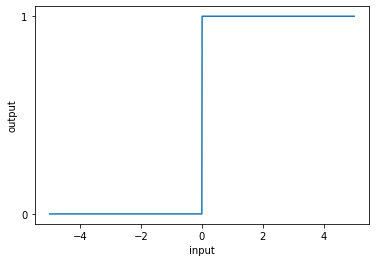 The whole graph is illustrated below:

Thus, the output (either 0 or 1) will be calculated as:

The dataset we will be using contains only four samples:

Below you can see the scatterplot of our dataset: 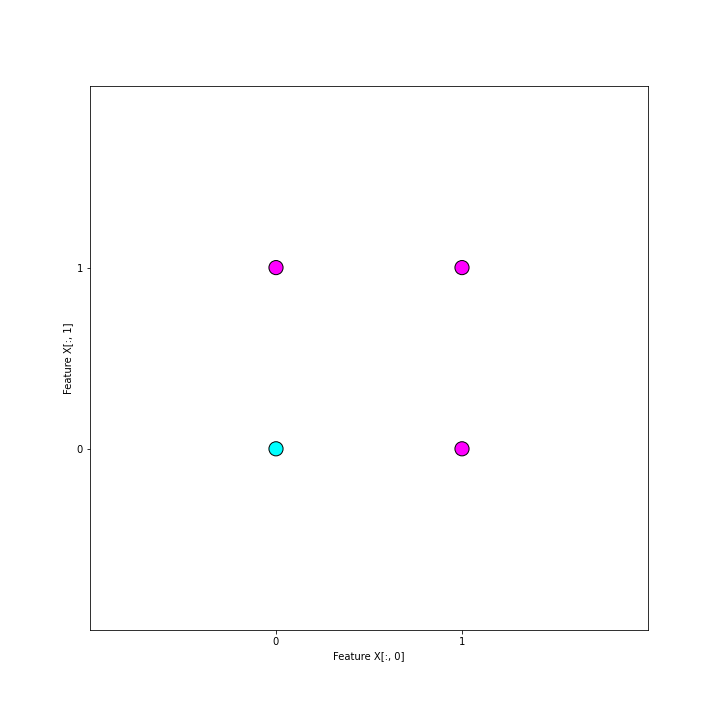 The goal of our training is to adjust the weights so that the predictions match the ground-truth - just as with all the linear classifiers we've used before. The update rule is called perceptron learning rule or delta rule.

In the Jupyter Notebook section, you will see how we fit the model to the data iteration-by-iteration. In the end, we will end up with various decision boundaries, including the two in the graph below. The final decision line is guaranteed to get 100 % accuracy on a linearly separable set (such as our OR-problem), but the position of the decision boundary may vary. The two decision boundaries plotted below are nearly perpendicular - and they both are essentially "right" solutions! 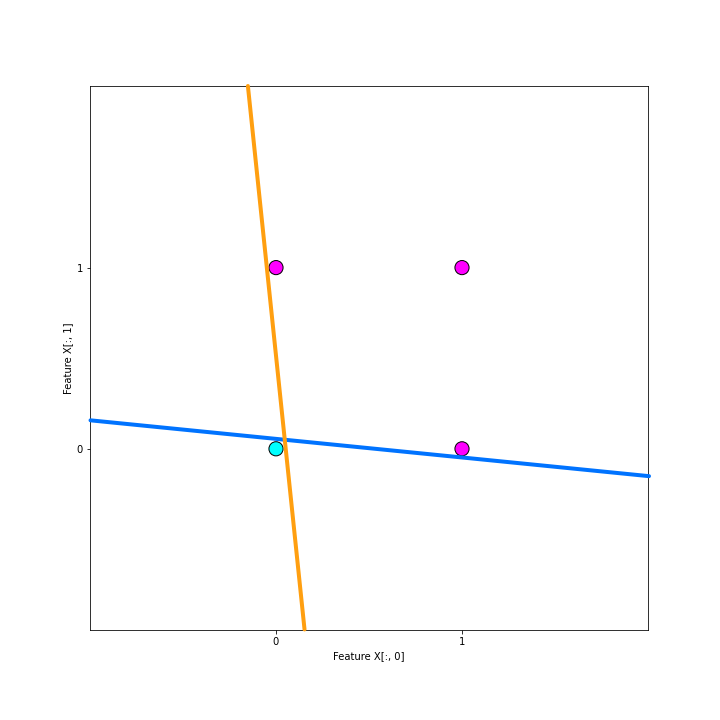 Notice that both lines in the graph above produce total error of 0, meaning that no weights will be updated. This means that the algorithm has no way of improving the fitting any further.

Another limitation of perceptron is that it can only deal with linearly separable datasets, unless we swap out the cost function and the activation function, apply some calculus and add hidden layers to out network. This is what we will be doing in the next lessons.